Brian Eno… from Bowie to Ambient

Three fascinating interviews with Brian Eno recorded between 1977 and 1984, revealing his methods of working solo; collaborations with David Bowie (Low & Heroes) and David Byrne (My Life in the Bush of Ghosts); and producing Talking Heads (Fear of Music). He also discusses creating Ambient music; his Art Installations; and his ideas on video. These interviews were originally recorded in broadcast quality in London and New York by freelance radio journalist and BBC sound engineer and producer Clive Williamson.

The New York interview originally aired on Breakthrough (Radio London) in 1980, but the other two conversations have never been broadcast and offer a unique glimpse into Eno’s world, thoughts and ways of working.

FREE BONUS CONTENT: Comes with QR Code giving unique access to listen free to a stream of Interview 1 (1977) re: Bowie, Another Green World and Before and after Science.

(Part of the ‘Meeting the Music Makers‘ collection by Clive Williamson of Symbiosis.) 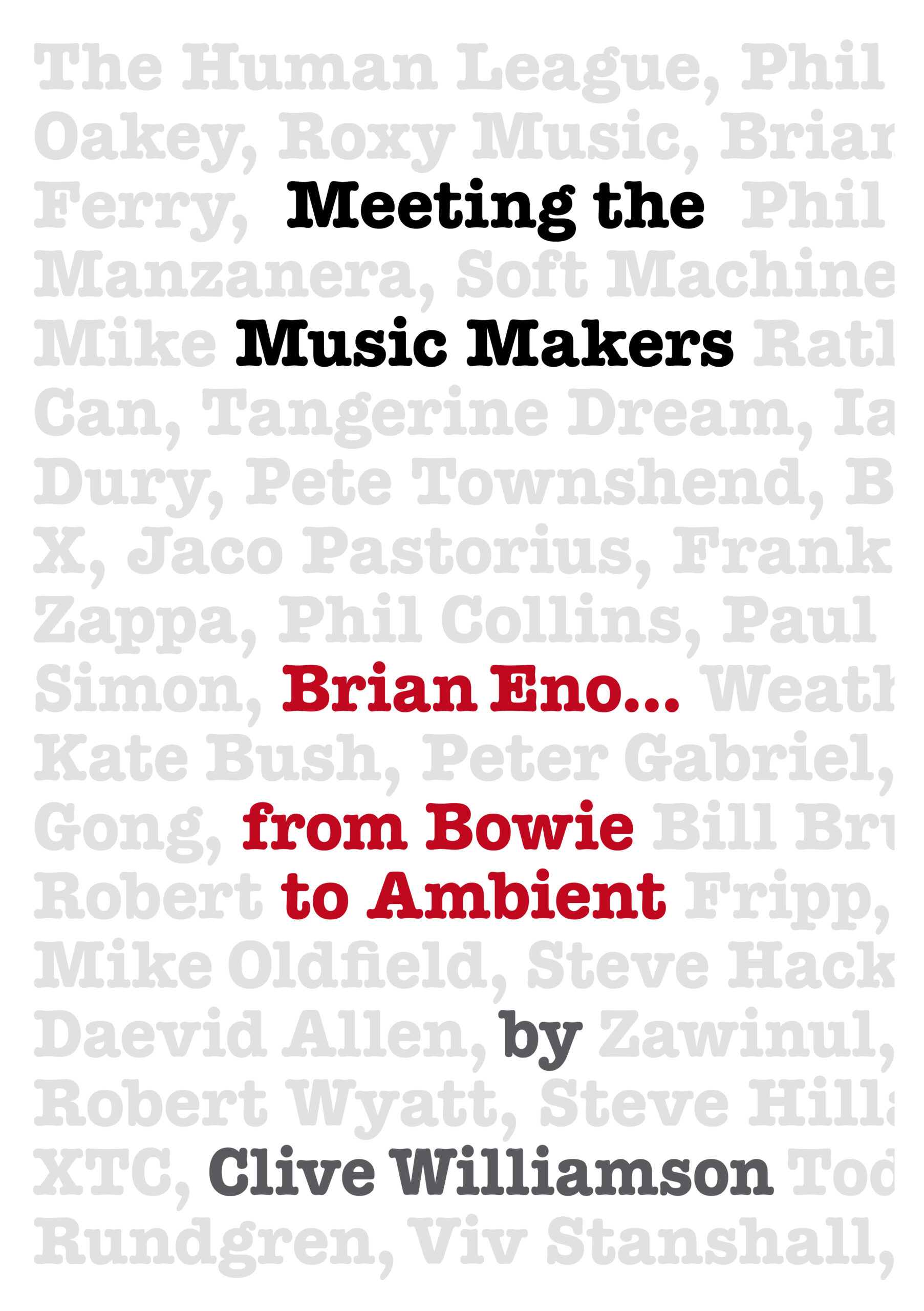 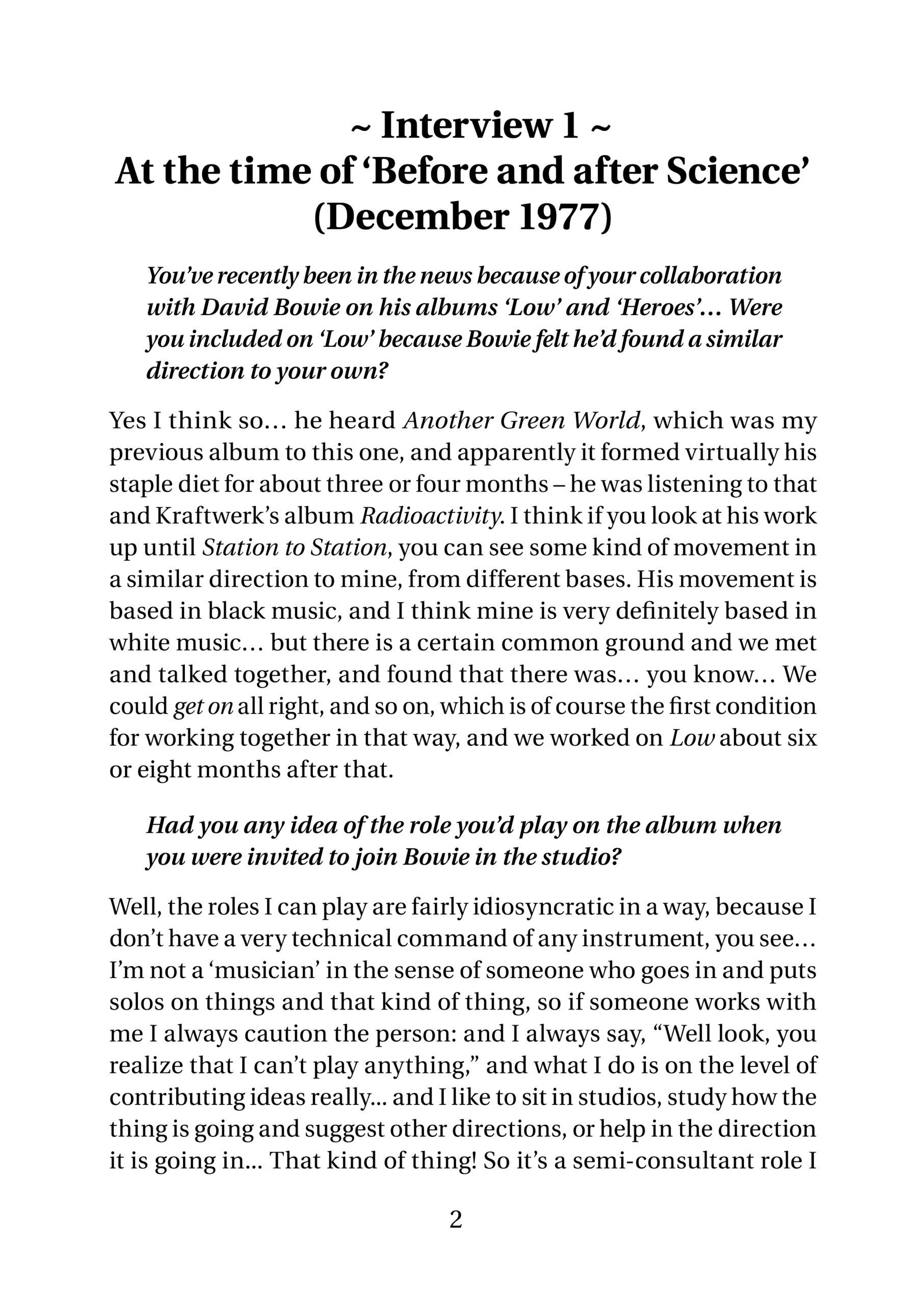